It is… an incredible story.  A film made of a concert by the most successful artists of early 1970s – Aretha Franklin was made but not released ’til 2019.

This is what Rolling Stones magazine says about the film,  “Word has it that good things are worth waiting for.  This shining light of a film proves it.”  The film was recorded over two nights and Mick Jagger and Charlie Watts attended on the second evening.  The choir are fantastic and as James Cleveland says, “Aretha,  she can sing anything, anything!”

Gospel music has roots in the black oral tradition, and typically utilises a great deal of repetition, which allows those who could not read the opportunity to participate in worship.  During this time, songs were ‘lined’ that is repeated in a ‘call and response’ style.  Repetition and ‘call and response’ are accepted elements in African music, designed to achieve an altered state of consciousness  sometimes referred to as ‘trance’, which strengthened communal bonds.

Gospel music separates from the songs of slavery or spirituals around 1890 with the most famous writer conductor and arranger being Rev. Charles A. Tindley.  This Gospel movement has had highs in the 1960s and 70s but remains strong in America,  and can be found in other parts of he world.  If you are cautious try the film, the trailer is available below. 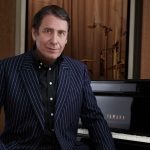 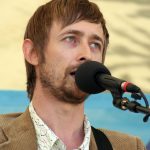