Robert Zimmerman a.k.a. Bob Dylan is a phenomenon. His second album  ‘The Freewheelin’ Bob Dylan’ in 1963 pushed him to the top of the charts and he has remained a hugely influential singer/songwriter ever since.  Winning many awards, including the Nobel Prize for literature. His contribution is simply outstanding both to music and popular culture. This is an early and lovely contribution at Newport. 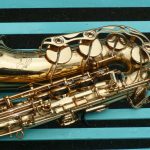 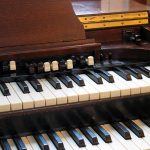