The answer was Yes! Buggles were the group who predicted the radio being hi-jacked by filmed images. They had a decent video though it dated quickly. By October 1979 they reached number 1 in the UK charts. Their lyric caught the vibe, “pictures came and broke your heart.” Radio has retained a space but from Buggles on, it began to lose followers to the numerous video channels, while videos became more expensive, exacting and exciting.

Music has always been best enjoyed at live performances and always will be. However, we can’t all see Franz Liszt in his pomp as a virtuoso pianist, nor the Beatles shaking Shea stadium or Amy Winehouse on top form at a festival for very good reasons. However, we can all enjoy footage of the best performers if they were captured on camera.

Buggles may have lasted if they had filmed in the desert.

Buggles may have lasted if only they had a Tiger.

Buggles may have lasted if they had a bald Eagle.

Here are The Killers with all these benefits asking another big question, Are we Human? 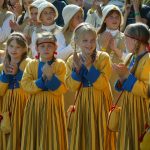