The Blues began with the Spirituals.  Here we can see one of the British heroes of this rich genre playing a hymn.  Not only that but watch below to see Clapton with Taj Mahal, accompanied by a Jazz band.  Hope you agree that the Lincoln Centre Jazz are a better than average backing band.

This hymn was played at New Orleans funerals and often they played it really slowly and then as they reached a certain point on the journey back into the city and they would change tempo and melody moving into ‘O When The Saints Go Marching In’.  Here they delight in playing around with this memorable hymn.

What do you think of this rich rendition of an old classic? 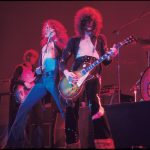 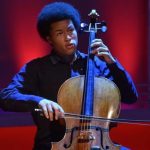 From State School to Proms