Introducing two gentlemen who are legends in their own lunchtimes. Mr Chick Corea, Jazz pianist and Mr Bobby McFerrin, who uses his voice as his major instrument. They make a fine complementary pair and as you will hear their playing is tight.  Bobby has made very popular music at times with the like of ‘Don’t Worry, Be Happy.’  It was a U.S. Number 1 hit in 1988.

Armando Anthony Corea was born in Chelsea in 1941,  (Massachusetts rather than London), son of a trumpet player.  He moved to New York City, where he studied musical education for one month at Columbia University and six months at Julliard.  He left after finding both disappointing, but he did warm to New York City and made it the starting point for his career. He is hugely respected and appreciated, having made a great contribution to Jazz. Alongside Miles Davis he helped develop Jazz Fusion in the 1960s. He says of his varied career, “I have always just concentrated on having the most fun I can with the adventure of music.”

Robert Keith McFerrin Jr. (born March 1950) is a Grammy winning marvel. Known for his vocal techniques, such as singing fluidly but with quick jumps in pitch—for example, sustaining a melody while also rapidly alternating with arpeggios and harmonies. He has a tremendous gift for vocal percussion, as is revealed in the clip below.  He has frequently collaborated with other artists from both the jazz and classical genres. 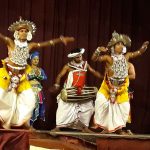 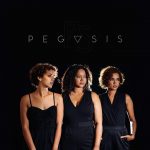