It seems remarkable that World War 1 opened the door to the growth of an African American musical phenomenon Jazz.

It begins with a New York Regiment the 369th consisting mainly of African Americans, achieving fame for being the first such regiment to serve with the American Expeditionary Forces during WW1.  They helped reshaped thinking in America about the value of black soldiers, while the regimental band opened the first door for many Europeans to the delights of Jazz.

The US Army decided in 1918 to assign this unit to the French army for the duration of the war because many white American soldiers refused to perform combat duty with black soldiers.  These black American men were issued French weapons, helmets, and brown leather belts, though continued to wear their U.S. uniforms.  This regiment suffered denigration from the American HQ  which released a notorious pamphlet ‘Secret Information Concerning Black American Troops’, which ‘warned’ French civilian authorities of the alleged inferior nature and supposed rapist tendencies of African Americans.

In France, however, they were treated as if they were no different from any other unit.  The French showed them respect as equals.  They went into the trenches as part of the French 16 Division and served courageously.

While overseas the 369th nicknamed ‘The Hellfighters’ saw propaganda intended for them from Germany. Interestingly, it claimed that the Germans had done nothing wrong to blacks, and they should be fighting against the white Americans who had oppressed them for years.

Until this point achievements and valour within the black community was often overlooked, however, many men from the 369th were presented with American or French medals. Private Henry Johnson was the first American to receive the Croix de Guerre from the French government, an award which signifies extraordinary valour.

Their Regiment band was relied upon to boost morale.  During the war the band, under outstanding bandleader, James Reese Europe, became renowned.  It introduced Jazz to British, French and others, paving the way for Jazz musicians to play across Europe.

At the end of the war, the 369th returned to New York, and on 17 February 1919, paraded through the city. The parade became a marker of African American service to the nation, a frequent point of reference for those who much later campaigned for civil rights.

One month after the Armistice, the French government awarded medals to 170 members of the 369th, and a unit citation was awarded to the entire regiment.  They certainly lived up to their motto, ‘Don’t tread on me’.

After his return home in February 1919 Jim Europe stated, “I have come from France more firmly convinced than ever that Negros should write Negro music. We have our own racial feeling and if we try to copy whites we will make bad copies … We won France by playing music which was ours and not a pale imitation of others, and if we are to develop in America we must develop along our own lines.”

Sadly, band leader Europe died in May 1919 after an argument at a concert. He left a legacy: “My success had come … from a realization of the advantages of sticking to the music of my own people.” And, “We colored people have our own music that is part of us. It’s the product of our souls; it’s been created by the sufferings and miseries of our race.” 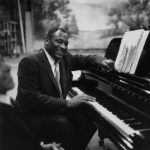 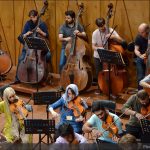