Paul Simon is one of my musical heroes.  I have had the privilege seen his wonderful band perform outdoors at Edinburgh castle.  I have bought his records.  I am a fan.

To say he is an impressive songwriter, guitarist and composer scarcely does him justice.  I am travelling to Tennessee in the next month and hope to visit Graceland, former home of Elvis Presley. Simon wrote an album released in 1986 with that title influenced and infused by African rhythms. The little film below reveals his personal take on the process. Note the joy in the dancers and singers. He even laughs at himself in the album.  Paul and Peggy  ( Simon and a former wife), was misheard as Al and Betty by Pierre Boulez are referenced in the hit single “You Can Call Me Al“.

That he can be a serious musician is no secret, however this project he received as a gift both musically and politically.

He says it helped him mature,  an amazing claim when you have his track record. He is a twelve time Grammy winner, Brit winner and received the Gershwin Library of Congress Popular Song medal, etc. 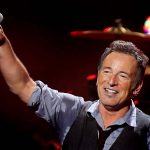 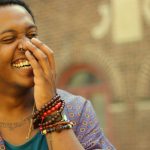