Hugh Masekela played trumpet for a lifetime.  He would have been 80 this month.  His music still continues to bring joy even after his death in January 2018.  In the film below, he talks about the ‘old geezers’ of the anti-Apartheid struggle. Those individuals who emerged from long periods in jail with their ‘spirits’ intact.  They were remarkable human beings, not vengeful but forgiving.  This particular song is about Nelson Mandela, the prince among them.  Written while Mandela was imprisoned, here it is being sung in 2015 in Paris, years after Mandela’s earthly days were completed.  Songs can continue to connect us to people, struggles and special moments even beyond the death of the subject, the creator or even the key performer.  Can you think of some such songs?

Hugh took up playing the trumpet at 14 years old.  His first trumpet was bought for him from a local music store by Trevor Huddleston, a white  archbishop and also a brave anti-apartheid campaigner.

Masekela showed promise.  Fortunately some of his school friends also were fired up by playing instruments,  leading to the Huddleston Jazz Band. Incredibly this became South Africa’s first ever youth orchestra. Archbishop Huddleston told his friend, Louis Armstrong about this orchestra and ‘Satchmo’ sent one of his trumpets as a gift for Hugh.

From that time on Masekela played music which mirrored his particular life experience.  The agony, conflict, and exploitation South Africa faced during this period influenced him to make music and affect change.  This music vividly portrayed the struggles and sorrows, as well as the joys and passions of his country.  His music protested about slavery, governance issues plus the hardship of daily life in the townships under an oppressive regime.

He became a famous world musician from Cape Town to New York, with collaborations including a particularly talented pair of musicians – Miriam Makeba and Paul Simon. Here is Hugh in action talking and of course blowing with vigour… 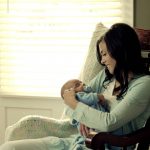 Lullabies are good for you 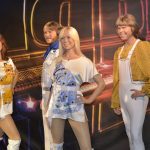