This year Israel will host the 64th Eurovision Song Contest   The little film at the end of this blog shows last years champion singer.  The contest is scheduled to take place in Tel Aviv in May 2019, following Israel’s victory last year. It may surprise you to know that Australia are also participating, and that song contests have a long and distinguished musical history.

However, lets stick with the Eurovision.  As Europe was still recovering from two major wars into the 1950s,  the EBU (European Broadcasting Union), based in Switzerland, established a committee to search for ways of bringing together their group of countries.  In January 1955 Marcel Bezençon, then EBU chair supported an idea proposed by an Italian, Sergio Pugliese.  The concept was based on the local Sanremo Musical Festival (which still continues), but this was to be an international competition in which countries would participate in a singing contest.  Further it would be transmitted simultaneously across all countries of the EBU.  At the time it was an ambitious project to join so many countries together in an international network.  Known as “Eurovision Grand Prix”, it was approved by the EBU on 19 October 1955. They decided the first contest would take place the next spring in Lugano.

On 24 May 1956 seven countries participated in the first contest and Switzerland won. This was the only contest in which more than one song per country was performed.  I wonder how many Eurovision songs or performers you can remember across the decades? 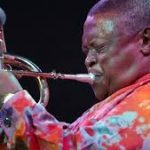 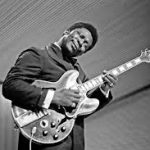