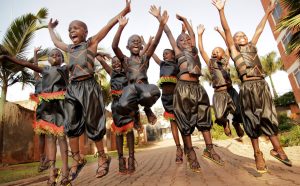 A question for you…

Who sang the first song on planet earth?

When? Where? and Why did humans start singing?

I do not know who but I do know where?

An African sang the first song. And an African made the first musical instrument. Africans were the creators of science, the parents of medicine, art, architecture, and agriculture!

The genesis of all song, indeed all music, comes from Africa, from African people.

Why did people first sing? Did the person sing for joy, or was it pain which drew forth the first music from a surprised set of vocal chords ?

Scholars have deduced that one reason people sang was to gain strength from one another.  Singing binds people by coordinating breathing, so when hunting, while planting, doing any repetitive task, before every battle, humans sang to focus energy and effort.

Singing unified people and it still does!